October 14, 2011
﻿Introduction:
Charminar, also known as “ The Arc de triumph of the East” is the Heart of the city Hyderabad. It is derived from two words of urdu language Char&Minar. Charminar is one of the most recognized structures of India.
History:
Charminar is built by Muhammad Quli Qutb Shah, when he had shifted his capital from Golkonda to to what is now known as Hyderabad.He built this to commemorate the elimination of a plague epidemic from this city. It is also believed that he prayed for the end of a plague that was ravaging his city and vowed to build a masjid at the very place where he was praying.When it was built, there were arounf 1400 shops.Even today the markets Laad bazaar and Pather gatti are very famous for jewelry, bangles and pearls.
Structure:
The strucute of Charminar unlike taj mahal, the four minarets are attached four walls making it as a single struture.The four walls will be facing the four streets it is surrounded by.It is made of granite, limestone and pulverised marble.There are about 149 steps to reach the first floor, This space was used for Friday prayers.The actcual mosque will be in the fourth floor, and also it is believed that each floor is assigned for a seperate learning branch. In the british rule, they made this place for liquor and opium warehouse.
HoW 2 Reach:
By Air : Hyderabad Shamshabad internationa Airport
ByTrain:Kachiguda(KCG),Secunderabad(Sec),Nampally
By Bus: All cities are connected to Hyderabad by road.
You can also find location in the map below this post...!
More Info:
Timings: Open on Weekdays: 9AM to 5PM, Sunday: Holiday
Entry fee : Indians :   Rs5/-
Foreigners: $2
There also a famous mosque also known as Makkah Masjid near by, where in thousands of people do prayers on fridays.
These are some of the clicks by me....!
﻿ ﻿﻿

Sudhagee said…
Though I visited Hyderabad in August this year, I was unable to visit the Charminar. Just shows what I have missed. 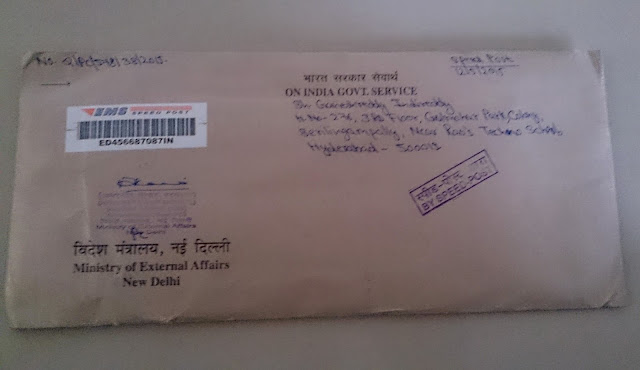 How I ended up at MEA as my final destination

This is the post i have been thinking to write for a very long time but could not get time and patience. But somehow I forcefully managed to sit and write something about CGL and about my Experiences about the two years struggle in getting through the most difficult times of my life during SSC CGL-2013. Before applying for CGL-13, I never knew anything about SSC or about its exams. And also from the childhood of my life I was always reluctant to the govt jobs. starting from my childhood my mom always used to tell me to go for Govt job but i never cared for my mother and even in my Nitk college, when other people were preparing for bank exams and other govt jobs, I used to think why the hell we need to come to NIT to prepare and go for bank jobs and sometimes we ourselves make fun of others. But at that time i did't know that one day I also will be going for Govt job with all my efforts and heart put into it.
After i came out of college and joined Software company as part of my camp…

If you got bored of routine life spending so much time in the office and want to snuggle in the laps of the nature for a weekend, you are at the right place to know who you can achieve that.

APTDC(Andhra Pradesh tourism development corporation) is providing tourist package to Badrachalam and Papikondalu, which covers the darshan to lord Rama,in the Badrachalam and then the memorable boat journey to the kolleru river bed,through the beautiful papikondalu mountains. This river bed is the place you will be staying in the bamboo Huts.

Here i am sharing the complete tour details and the itenary took from the AP Tourism website...!


Location : Badrachalam is in Andhra Pradesh, located at a distance of 312 km from Hyderabad.
Attractions:Lord Rama Temple, Parnashala, Pattiseema, Boat journey in the river Godavari, View of Papikondalu, Kolleru river bed, The Bamboo Huts, The morning bath in the water falls, Trekking in the forest.
Accommodation : First day after reaching Badrachalam, they will pro… 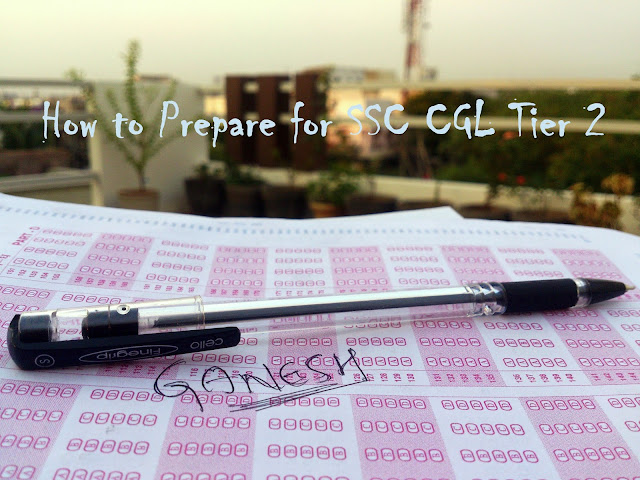 How to Prepare for SSC CGL Tier 2 - By Ganesh

This post which had been pending for a long time, I thought to start with Tier 1, but could not write in right time, as Tier 1 is already finished I thought to write something on how to prepare for Tier 2 and this will be justified even if it helps at least some aspiring candidates...!!


Coming to SSC CGL , I had written both the exams tier 1 and tier 2 twice, so I had a very good experience to share vth, which i would not have if everything had went smooth and I would not written this article as well..
Whatever i write about the books and my preparation and my suggestions or pieces of advice, its all personal and it can be different for different people so you are not required to follow whatever I mentioned and i strongly suggest you to prepare in your own way, and get maximum benefit either way...!!
Firstly I congratulate all the candidates who have cleared the Tier-1 exam !! and wish you the very best for your Tier 2 :)
In my opinion, the real competition in CGL starts at Tier 2 only, a…